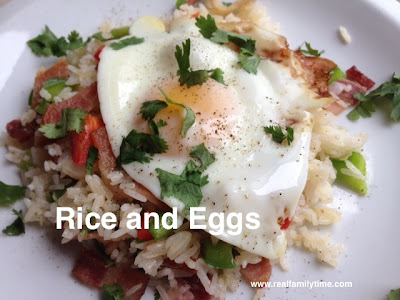 Our kids like rice, so we often put on a pot when we're camping, and we never throw out the leftovers. (Or any leftovers, truth be told.) And though I'm sometimes teased about how often I use bacon in my recipes, in my defense I would point out that bacon is a great salesman of new foods to kids. So while this food has a grownup attitude, kids may be drawn to it's bacon-y goodness.

Preparation:
1. Chop the bacon and fry it in a skillet. Remove the bacon and drain it on a paper towel, leaving the bacon fat in the pan.
2. Wipe out all but 2 t. of the bacon fat with a paper towel. Add a little butter or olive oil and sauté the chopped onion and green pepper until soft.
3. Add the rice and bacon and heat through.
4. Move the rice to the sides of the pan and fry the eggs one by one in the center of the pan.
5. As each egg is fried, scoop up a spoonful of rice and put it on the plate, then add the egg on top.
6. Add a sprinkle of cilantro and serve with hot sauce, salt & pepper.
7. Ah, cilantro. 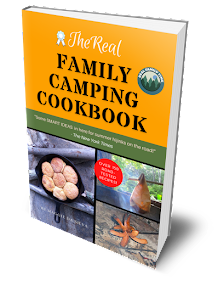 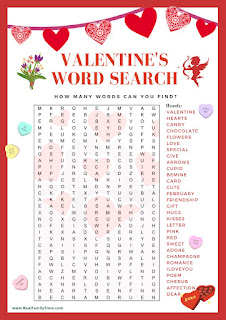 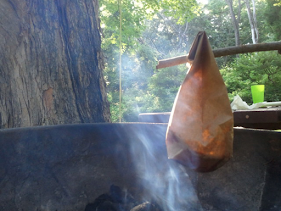 Join the Children and Nature Movement

The Real Family Camping Cookbook - The Inspiration Behind the Book 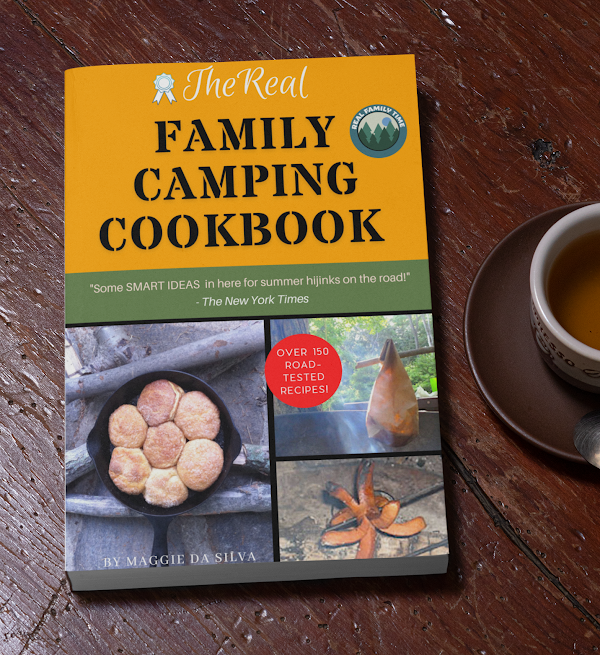